We began 2017 with some uncertainty, both at home and abroad. The economic mood was muted. We worried about security and terrorism. A new US administration was just taking office, with a radical approach to international trade and foreign policy.

But Singaporeans pressed on, undaunted by these challenges. We dealt with the urgent concerns, but we looked beyond immediate problems and did not settle for quick fixes. We made steady progress on our long-term goals, and are finishing the year stronger than we started. We are ushering in 2018 with confidence and strength.

Last year our economy grew by 3.5%, more than double our initial forecast. Incomes have gone up across the board, especially for low and middle earners. We have benefitted from the global economic upswing. But more fundamentally, our productivity has grown. Singaporeans are upgrading and learning new skills, while businesses are innovating and adopting new technology. That is how we will stay competitive and ready for the future. As a society, we are striving to become more resilient and cohesive. The SGSecure movement has made Singaporeans more aware of the terrorist threat. Our security forces are vigilant day and night, on guard against possible attacks. Community and religious leaders of all faiths are working together to strengthen our social cohesion and reject extremist and exclusivist ideologies. 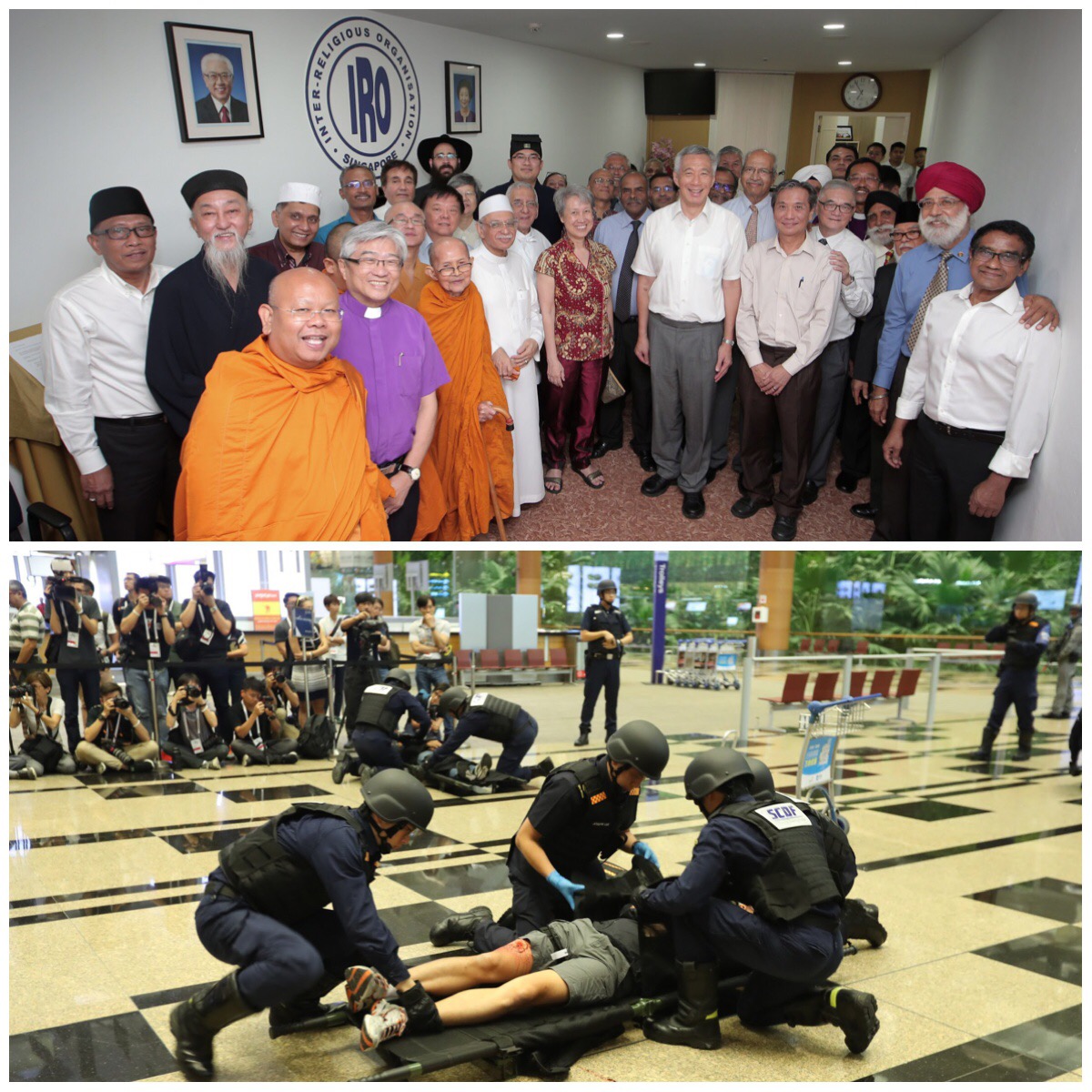 One significant step to strengthen our racial harmony, now and well into the future, was amending the Constitution to put in place reserved Presidential Elections. President Halimah Yacob, our first Malay President in almost 50 years, is a visible symbol of our national unity and our commitment to multiracialism. 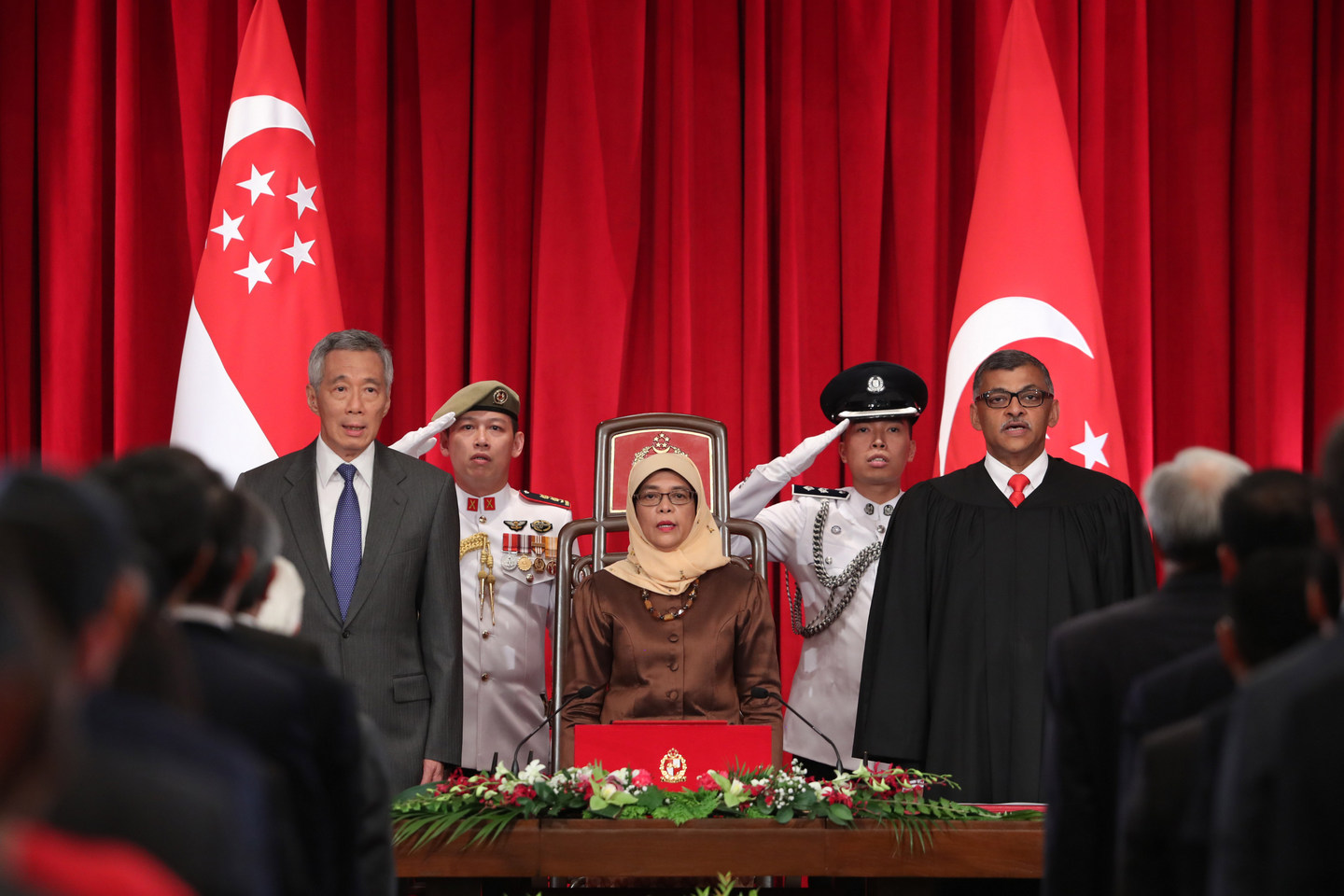 Externally, we have maintained good relations with countries big and small. I visited China in September, and the US in October. My meetings with President Xi Jinping and President Donald Trump were fruitful, and reaffirmed our strong ties with both powers. Relations with our immediate neighbours, Malaysia and Indonesia, are also positive. We are working on new initiatives that will deepen bilateral cooperation and benefit our peoples. Our external environment will remain uncertain in 2018. The Korean Peninsula is a source of growing tension and anxiety. Extremist terrorism remains a present danger. The US’ approach towards Asia, the Middle East and the rest of the world is yet to be fully articulated. We hope to keep relations with our immediate neighbours steady as they gear up for elections – Malaysia this year, and Indonesia the next. Amidst these uncertainties, we must keep on strengthening our position at home and abroad.

Singapore will be the ASEAN Chair in 2018. 50 years ago, Singapore was one of the five founding members which came together to promote cooperation and stability in Southeast Asia. ASEAN has since grown to ten members, and become a key pillar of our foreign policy. Through ASEAN, Singapore has a bigger voice on the international stage. As the next Chair, Singapore hopes to take the group forward with our Chairmanship themes of “resilience” and “innovation”. We also have a full domestic agenda. We are pressing on with economic restructuring plans. The Future Economy Council is working closely with unions and businesses to implement Industry Transformation Maps, inculcate lifelong learning in our workforce through SkillsFuture, and help affected workers to adapt and grow in new jobs and careers. We are building more preschools to give children a strong start in life. 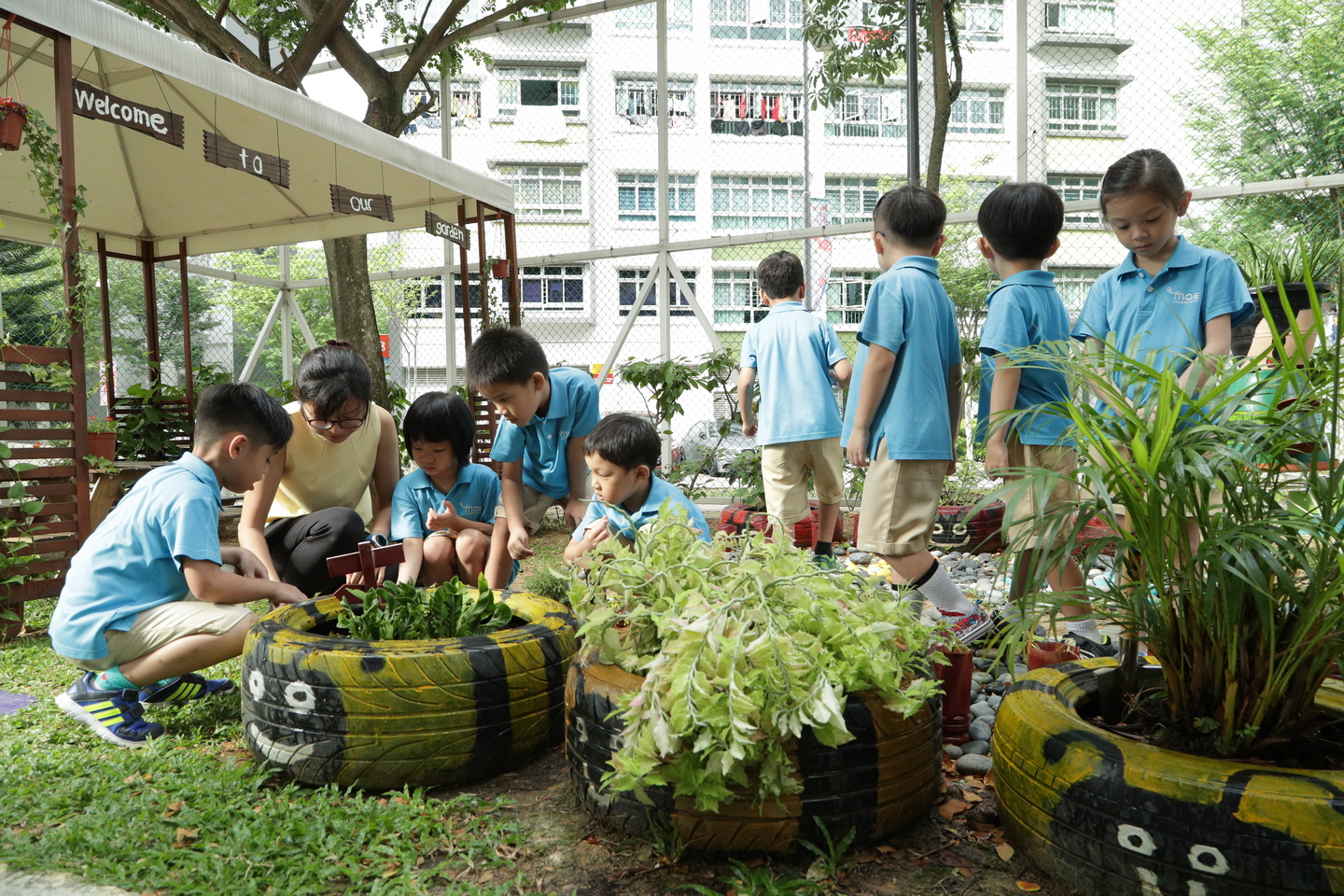 To prepare for an aging population, we are expanding healthcare facilities and reviewing healthcare policies. We will work to meet our environmental commitments under the Sustainable Singapore Blueprint and the Paris Agreement, so that we can all live in a clean and green Singapore. For infrastructure, we are improving rail reliability and growing our MRT network. We will also be undertaking major infrastructure projects including Changi Terminal 5, the Tuas Megaport, and the High Speed Rail link to Kuala Lumpur, to enhance our status as a transport hub. All these are essential investments in our future. They require time and resources, and will stretch way beyond this term of government. We have to plan well ahead for them. This is how we have built today’s Singapore – each generation working and saving for the future, building on what it inherited and passing on something better to the next generation. This was the creed that drove the Pioneer Generation of Singaporeans, and it must animate our generation too. SG50 paid tribute to the Pioneer Generation. But the Singapore Story began way before 1965. Just in the past few months, I have attended several special anniversary celebrations: the 100th anniversaries of the Singapore Malayalee Association, Masjid Khalid, and Nanyang Girls’ High School (my alma mater), as well as the 150th anniversary of Thong Chai Medical Institution. All these organisations are older than independent Singapore. Each has contributed to the Singapore Story. We must understand truly how far back our history reaches, and how complex it is. Indeed, Singapore’s history stretches back at least 700 years. Our island was already a maritime emporium in the 14th century, though it declined in later centuries. Sir Stamford Raffles’ landing in 1819 was a key turning point.  Raffles set Singapore on a different trajectory, which brought us to where we are today.

Had Raffles not landed, Singapore might not have become a unique spot in Southeast Asia, quite different from the islands in the archipelago around us, or the states in the Malayan Peninsula. But because of Raffles, Singapore became a British colony, a free port, and a modern city. Our progress was not a straight line upwards. We experienced many dislocations and disruptions, including war and peace, economic depression and prosperity, struggle as well as success. But ultimately we came through, and became an independent nation.

Our forefathers came from China, India, the region and beyond, leaving their families behind, to seek better lives here. They came as sojourners, with no intention to stay. But slowly this changed. They brought their families over, or formed families here. They built hospitals, schools, mosques, temples and churches for their communities. They brought their own cultures and traditions, interacted with one another, and wove these strands together into a rich and diverse tapestry.

Over time, out of their shared experience grew a Singaporean identity, a shared sense of being rooted in Singapore. As our forefathers worked to build a future for themselves and their families, they were also turning an emporium into a home, and eventually a country. Without this history, we could not have made the SG50 journey from third world to first.

2019 will be the 200th anniversary of Raffles’ landing. We should commemorate this bicentennial appropriately, just as we marked the 150th anniversary in 1969. It is an important milestone for Singapore; an occasion for us to reflect on how our nation came into being, how we have come this far since, and how we can go forward together.

Meanwhile in 2018 we have much to do. After the Budget sitting, Parliament will prorogue for a short mid-term break. When the new Parliamentary session opens in May, President Halimah Yacob will deliver her inaugural President’s Address. In it, the Government will lay out its agenda for the rest of the term. This will bear the imprint of the fourth-generation leadership, who are taking on greater responsibilities, and putting forth their ideas for Singapore.

Overall, 2017 has been a good year. I am looking forward to 2018. We have built a strong foundation for the future. Increasingly, our efforts will show results. Singapore’s best days are ahead of us. I wish one and all a Very Happy New Year!