PM Lee Hsien Loong's responses during the Q&A segment at the Joint Press Conference with US Vice President Kamala Harris at the Istana on Monday, 23 August 2021. 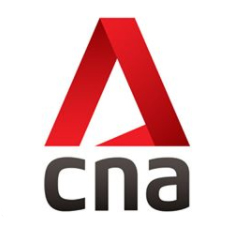 CNA: Good afternoon Prime Minister and Madam Vice President. May I, on behalf of all Singaporeans, also welcome you to our home here in Singapore. Thank you, Prime Minister, as well, for that update on Singapore-US bilateral relations and for the constructive role that the United States continues to play in this region. Permit me to begin by asking both of you a question.

Prime Minister, as we speak, a complex operation continues in Afghanistan, as the US stands by its commitments there, how will Singapore, as an important bilateral partner, work with the United States as it completes its mission in Afghanistan?

Madam Vice President, what is your message, to America’s partners, about US commitments to its long-term allies in light of this issue? 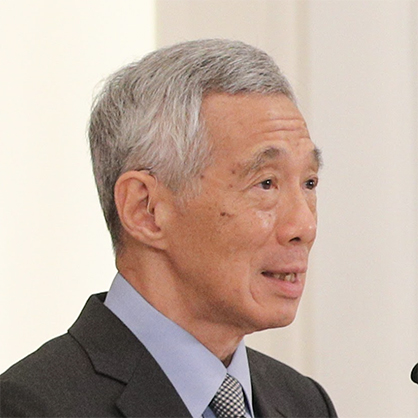 PM Lee Hsien Loong: Well, countries all over the region, and I am sure, all over the world, are watching developments in Afghanistan very closely. Foremost in everybody's minds is the safety and security of the civilians. I hope all sides will work to ensure this. Singapore is not unfamiliar with the challenges. The Singapore Armed forces (SAF) deployed personnel to Afghanistan, in support of ISAF - International Security Assistance Force. We also sent Provincial Reconstruction Teams to support the Afghan people in their reconstruction of the country. We did so because Afghanistan was a key battlefront in the global fight against extremist terrorism. Extremist ideas and capabilities were exported from there, all over our region. They pose a security threat to Singapore too. The Jemaah Islamiyah group, for example, had direct links to Al Qaeda in Afghanistan.

The Biden administration inherited an extremely difficult situation. The US had invested considerable blood and treasure in Afghanistan. But it was an intractable task, given the complex history, geography, and tribal rivalries of that place. Successive US Presidents have declared their resolve to withdraw from Afghanistan. I told the Vice President that we understand President Biden's reasons for his decision. The US intervention has stopped terrorist groups from using Afghanistan as a safe base for 20 years. For this, Singapore is grateful. We hope Afghanistan does not become an epicentre for terrorism again. Post-Afghanistan, in the longer term, what matters is how the US repositions itself in the Asia Pacific, engages the broader region, and continues the fight against terrorism, because that will determine the perceptions, of the countries, of the US Global priorities, and of its strategic intentions.

Specifically, on the current withdrawal operation, as I mentioned just now, Singapore would be happy to offer Air Force Airbus A330 to assist with the evacuation operation. Therefore, I welcome the Vice President's visit here, as well as reassurances on American intentions in the region and in the world. Reuters: Madam Vice President, we are in a situation where Afghans have been trampled, died as they rushed to flee a nation where Americans fought for 20 years. American citizens are still stuck without safe passage. I understand that you agreed with the decision to withdraw, but in your assessment, what went wrong with the withdrawal?

I have a question for the Prime Minister as well. We understand you have offered help with the evacuations, but does the fall of Afghanistan 20 years after the US started military operations there to drive out the Taliban, does that change your calculus on how you can rely on America as important in this region, both militarily and economically? Does that impact the credibility of America’s foreign policy premises?

PM Lee: I think I already addressed the point you raised in my earlier remarks, because we are watching what is happening in Afghanistan on the TV screens today. But what will influence perceptions of US resolve and commitment to the region will be what the US does going forward – how it repositions itself in the region; how it engages its broad range of friends and partners and allies in the region; and how it continues the fight against terrorism.

Countries make calculations and take positions, and they have to make recalculations and adjust their positions from time to time. Sometimes it can be done smoothly; sometimes there are hiccups; sometimes things go awry and take time to put right. But countries remain with long-term interests, with long-term partners, and it is a mark of a country which can succeed that it takes these interests and partners seriously and in a dispassionate way, and maintains them over the long term. And the US has been in the region since the war, which is more than 70 years ago.

There have been ups and downs; there have been difficult moments; there have also been, over decades, dramatic transformations in Asia, wrought by the benign and constructive influence of the United States, as a regional guarantor of security and support of prosperity. Singapore hopes and works on the basis that the US will continue to play that role, and continues to engage the region for many more years to come. 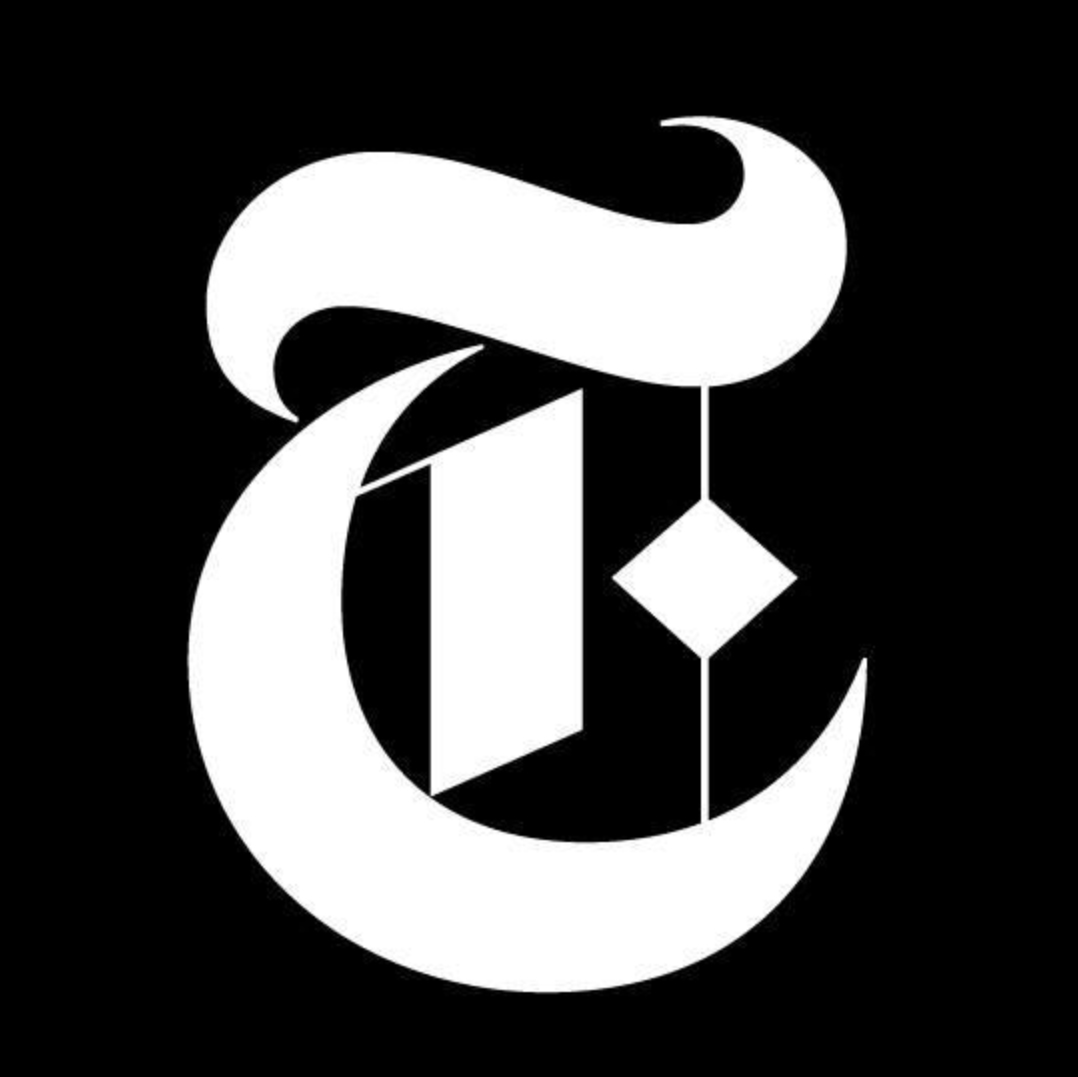 The New York Times: Thank you so much for taking my question here. Madam Vice President, a quick follow up my colleague’s question, I understand what the focus is now, but given that the reality is that there are thousands of allies, as well as American citizens that are still stuck in limbo, are you satisfied with the operational steps that were taken in this decision? Not the decision itself, but the operational steps that were taken. Does it meet your standard?

Secondly, China is already trying to use this situation in Afghanistan to drive a wedge between the US and its allies, telling those in the South China Sea region that the US cannot be counted on as a reliable long-term partner. Are you at all concerned that the damage has already been done to US credibility worldwide? And how does the US, and specifically the administration, repair it?

For Prime Minister Lee, your country’s travel restrictions are a major strain for American businesses and businesses worldwide. Singapore has said that it wants to expand quarantine-free travel. What are the specific conditions that it would take to get a quarantine-free arrangement with the US and high vaccination countries like it?

PM Lee: On vaccines, this is something which I also discussed with the Vice President. As countries get more vaccinated, as protocols are worked out, as we get COVID-19 infections under control, it is easier for us to open up. We have been very tight on our borders for some time, because it was necessary, and we had to get our situation in Singapore secured through vaccinations and through infectious control.

I think we are getting there, but we are nowhere near herd immunity. And we are now able to contemplate vaccinated, safe, quarantine-free travel with conditions, tests and procedures with countries, and we are starting with two countries, Germany and Brunei.

And we are talking about other countries as well. And it will depend on the vaccination progress in those countries; it will depend on the prevalence of COVID-19 in those countries, the state of the pandemic, and it depends what we can work out between us so that you have confidence in pre-departure testing, pre-departure vaccination certificates, and then procedures upon arrival to be tested and, if necessary, to be quarantined if infected.

It is something which we have strongly in mind because it is important for Singapore as a hub to be able to reopen and to operate safely, and for people to travel back and forth to do business and to keep ourselves connected with the world. And the US is one of the countries which we will be pursuing these conversations with. Singapore Press Holdings:  I would like to bring the discussion back to the region and ask PM Lee and Vice President Harris, how can the US work with Singapore and other partners to contribute to the broader stability of the region and also to strengthen people-to-people ties?

PM Lee: I think the economic cooperation is an important part of that because that gives substance to the rest of the cooperation, and I listed out some of the areas which we are embarking on further projects with the US arising from the Vice President's visit. On the security cooperation, that is also very close. It ranges all the way from defence cooperation, to intelligence exchange, to counterterrorism activities, to cybersecurity, and there too, we have an agenda. Thirdly, on people-to-people ties, travel is one big part of it; students studying is a big part of it. We have many students from Singapore, from all over the region who study in the US. I spent a couple of years in the US myself, but you never forget the experience and the friends which you have made.

These are things which ought to continue Afghanistan or not, COVID-19 or not. I am quite confident that they will continue, and they will grow, and we will be able to deepen the ties across the Pacific for many more years to come.