Appointments and Reappointments of Judges of the Supreme Court (September 2022)

With the above, the Supreme Court will have a total of 27 Judges (including the Chief Justice and four Justices of the Court of Appeal), two Judicial Commissioners, five Senior Judges and 19 International Judges.

The President of the Republic of Singapore has appointed Justice Belinda Ang Saw Ean (洪素燕法官) as a Justice of the Court of Appeal of the Supreme Court under Article 95(2) of the Constitution, for the period 1 Nov 2022 to 23 Apr 2024.

The President of the Republic of Singapore has also appointed Justice Kannan Ramesh and Justice Debbie Ong Siew Ling (王少凌法官) as Judges of the Appellate Division under Article 95(1) of the Constitution. Their appointments will take effect from 1 Nov 2022.

The President of the Republic of Singapore, in accordance with Article 95(4)(c) of the Constitution, has appointed Justice Thomas Frederick Bathurst (Australia) an International Judge (IJ) to the Singapore International Commercial Court (SICC). Justice Bathurst will be appointed IJ for the period 1 Oct 2022 to 4 Jan 2024.

The President of the Republic of Singapore, in accordance with Article 95(1) of the Constitution, has appointed Mr Hri Kumar Nair (哈里古玛) as Judge of the High Court with effect from 2 Jan 2023.

The President of the Republic of Singapore, in accordance with Article 95(4)(b) of the Constitution, has appointed Justice Andrew Phang Boon Leong (潘文龙法官) and Justice Quentin Loh Sze-On (罗赐安法官) as Senior Judges of the Supreme Court for the period 2 Jan 2023 to 4 Jan 2024.

The President has appointed Justice Ang Cheng Hock (洪清福法官) as a Deputy Attorney-General with effect from 1 Oct 2022.

Appointment of Judge of Appeal of the Supreme Court

Justice Ang, age 68, was appointed Judicial Commissioner of the Supreme Court of Singapore on 1 Feb 2002 and was elevated to Judge of the High Court on 2 Jan 2003. She retired in 2019 at the age of 65 and was appointed as Judge of the High Court for the period 24 Apr 2019 to 1 Jan 2021 before assuming appointment to the Appellate Division on 2 Jan 2021. She is currently also the President of the Appellate Division. Justice Ang’s current tenure will expire on 23 Apr 2024.

As a Judge, her areas of focus included arbitration, shipping and insurance. Justice Ang is the chairperson and director of the Board of the Singapore Mediation Centre. She is also a member of the Admiralty Court Users’ Committee, Admiralty Cluster Committee, Rules Committee, Executive Committee of the Singapore Academy of Law (SAL) as well as the Panel of Referees of the Journal of the Malaysian Judiciary.

Upon Justice Ang’s re-appointment in Apr 2019, she has sat as an ad hoc member of the Court of Appeal from time to time and has been exposed to a range of appellate matters. 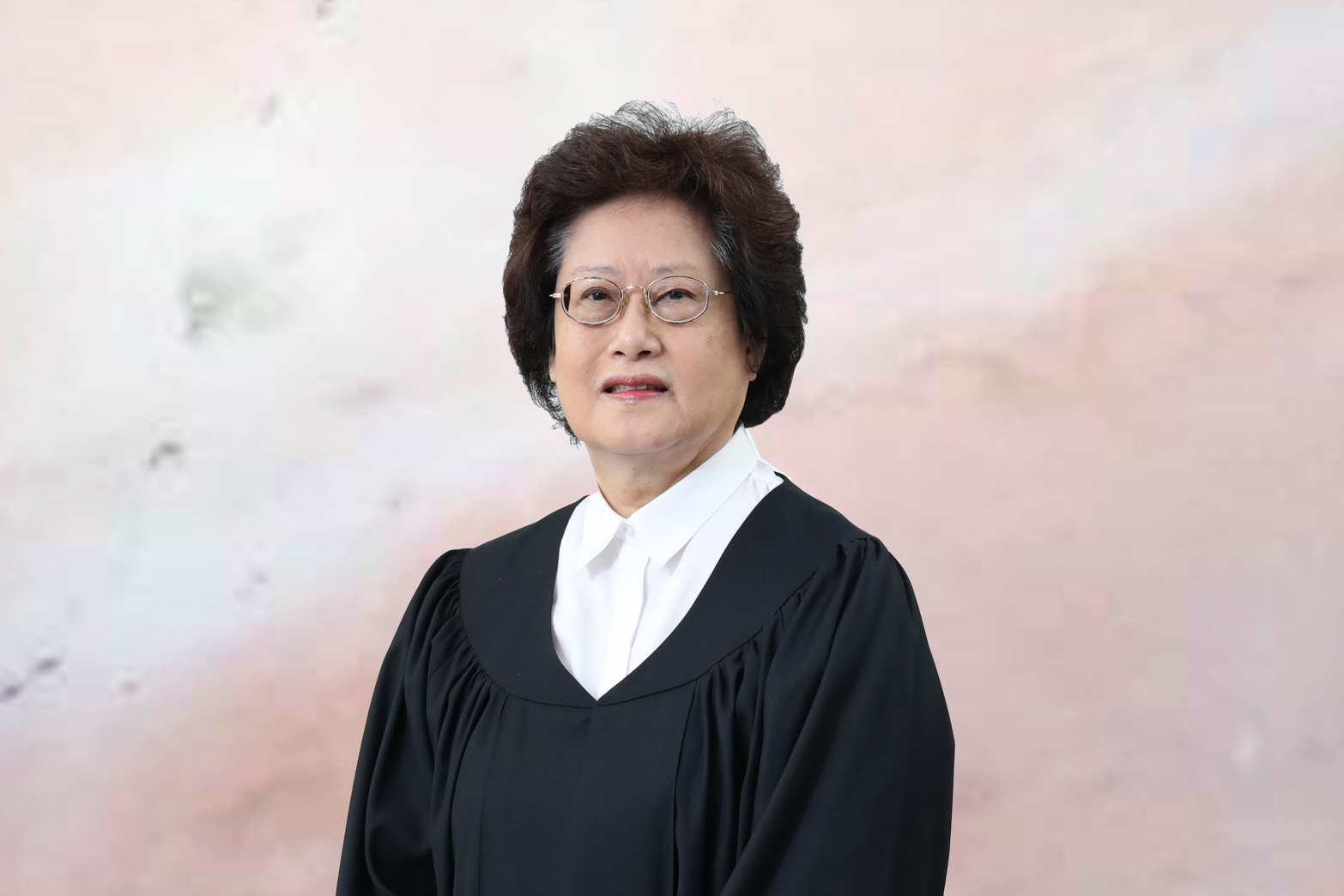 Appointment of Judges of the Appellate Division

Justice Ramesh, 57, was appointed as Judicial Commissioner of the Supreme Court of Singapore on 22 May 2015 and was elevated to Judge of the High Court on 1 Apr 2017. Justice Ramesh has also served as a Judicial Commissioner on the Supreme Court of Brunei Darussalam since Oct 2019 where he hears civil and commercial matters. As a Judge, his areas of specialisation have been in company law and insolvency and trusts.

Justice Ramesh chairs the Advisory Board of Singapore Global Restructuring Initiative in the Singapore Management University, the Legal Research and Publications Committee in the SAL as well as the Foreign Interference (Countermeasures) Act 2021 Reviewing Tribunal. He spearheaded (and now co-chairs) the establishment of the international Judicial Insolvency Network (JIN) to facilitate communication and cooperation across national courts in cross-border insolvency and restructuring matters. Justice Ramesh is also a member of the Singapore International Commercial Court Restructuring Rules Committee and an advisor to the Asian Business Law Institute. Justice Ong, age 55, was appointed Judicial Commissioner of the Supreme Court of Singapore on 17 Nov 2014 and was elevated to Judge of the High Court on 30 Sep 2017. She has concurrently been serving as Presiding Judge of the Family Justice Courts (PJFJC) since 1 Oct 2017 and her current term as PJFJC will end on 30 Sep 2023. To ensure breadth of experience, Justice Ong has also been exposed to other civil law cases. 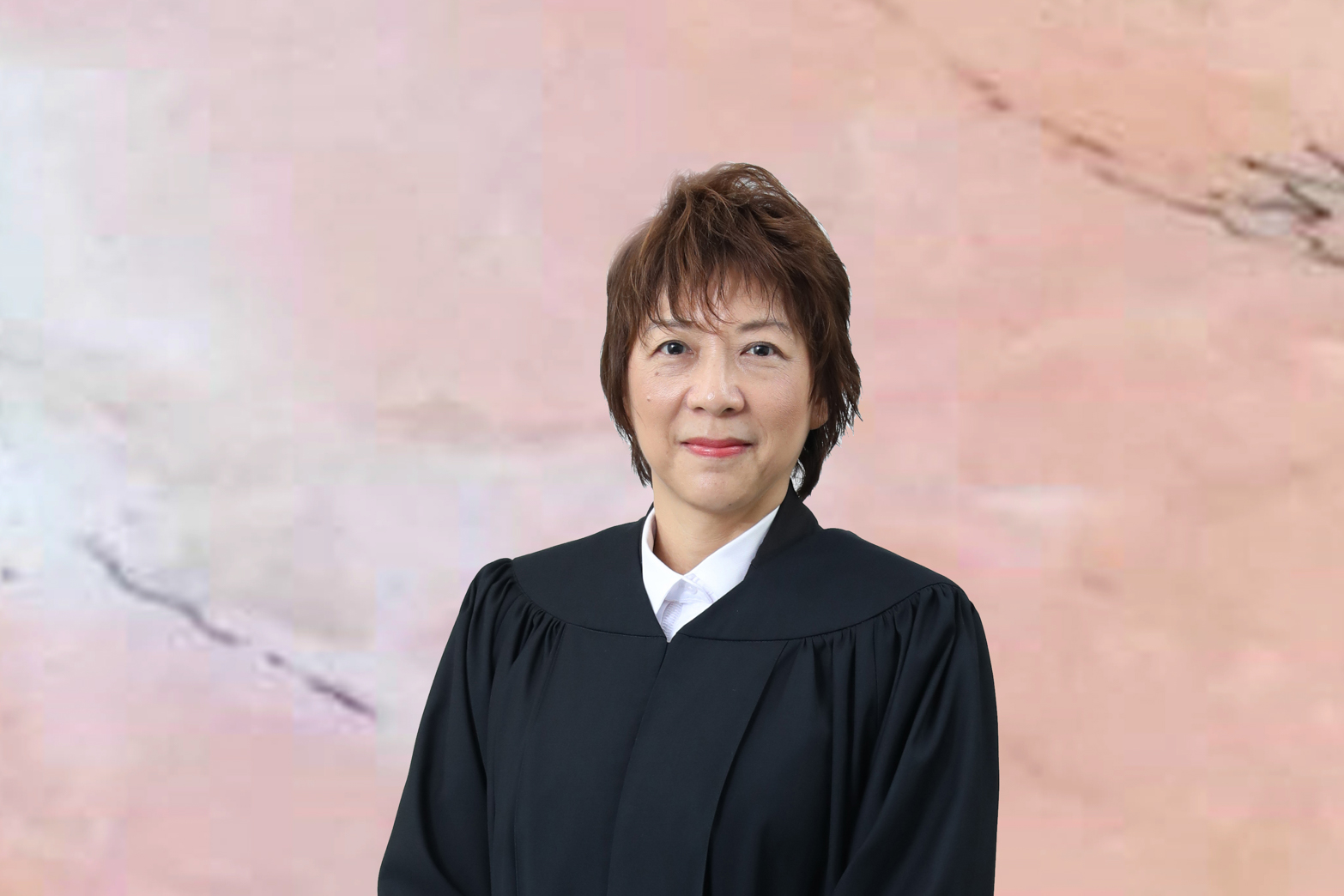 Appointment of International Judge to the SICC

Justice Thomas Frederick Bathurst graduated with a Bachelor of Arts in 1969, followed by a Bachelor of Law in 1972 from the University of Sydney. He began his legal career in 1972 as a solicitor in New South Wales (NSW) and was admitted to the NSW Bar in 1977. Justice Bathurst was appointed Queen’s Counsel in 1987.

On 1 Jun 2011, Justice Bathurst was appointed the Chief Justice of the Supreme Court of NSW and then concurrently as Lieutenant Governor of NSW in Feb 2012. During his tenure at the Bench, Justice Bathurst presided over cases in the areas of criminal law and commercial law; and had heard numerous cases of public interest.

In Jun 2014, Justice Bathurst was awarded the Companion of the Order of Australia for his eminent service to the Judiciary and to the law, to the development of the legal profession, particularly through the implementation of uniform national rules of conduct and to the community of NSW.

Justice Bathurst retired as the Chief Justice of the Supreme Court of NSW on 5 Mar 2022 and is currently a Fellow with the Australian Centre for International Commercial Arbitration (ACICA). His areas of expertise are in Commercial Law, including contractual disputes; Corporations Law; Trade Practices Law; and Administrative Law. Appointment of Judge of the Supreme Court

Mr Hri Kumar Nair, age 56, graduated from the National University of Singapore with Second Class Honours (Upper) in Law in 1991. He was a director at Drew & Napier LLC and has more than 25 years of experience as a litigator. He was appointed Senior Counsel in 2008 and is recognised in the legal field as an expert in dispute resolution and arbitration. Mr Nair’s main areas of practice include banking and finance, fraud and complex commercial disputes. He has also led investigations into the affairs of banks and listed companies. He has been involved in a series of high-profile cases, including a landmark case involving fraudulently issued cashiers’ orders and gaming contracts, an action involving a multi-million dollar fraud on foreign banks and defamation actions involving political figures and international publications.

Mr Nair was appointed and assumed office as Deputy Attorney-General on 1 Mar 2017. In his role as Deputy Attorney-General, Mr Nair has been involved in several high profile cases, including the appeal of the City Harvest Case and in important criminal cases such as Roshdi bin Abdullah Altway v PP [2021]SGCA 103, which clarified the Prosecution’s duty of disclosure, and PP v Soh Chee Wen and Anor [2020] SGHC 186, which was the first decision in Singapore on the Prosecution’s right to assert litigation privilege. 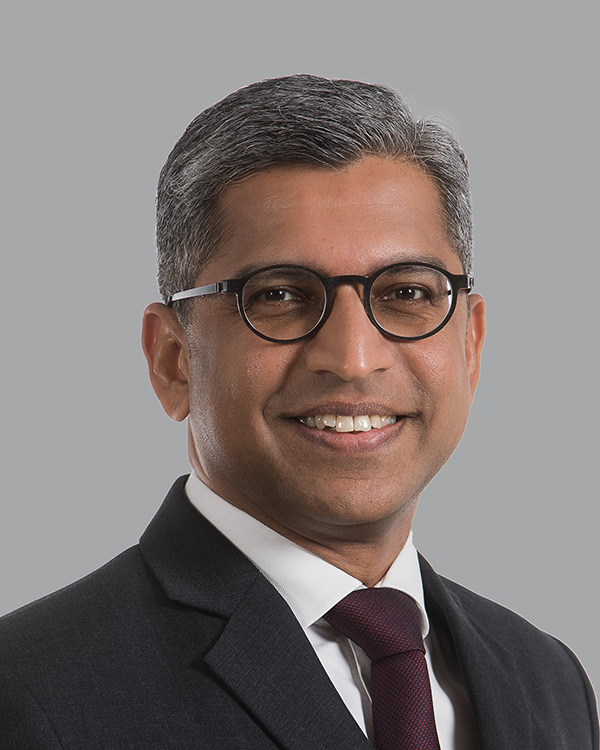 Appointment of Senior Judges of the Supreme Court

Justice Phang, age 64, will reach his retirement age on 15 Dec 2022. He was appointed as Judicial Commissioner of the Supreme Court of Singapore on 3 Jan 2005 and subsequently appointed a Judge of the High Court on 8 Dec 2005. He was elevated to Judge of Appeal on 28 Feb 2006 and has been hearing Court of Appeal cases since then.

Justice Phang has also been serving as the Vice-President of the Court of Appeal since 28 Sep 2017.

During Justice Phang’s 17 years of judicial tenure, he has written some of the most important and influential judgements, particularly in the area of private obligations. His writings have been widely studied in Singapore and internationally. He has served as Vice-President of the Singapore Academy of Law’s Senate since 2006 and has been deeply involved in its academic work. In recognition of his contribution to legal scholarship, President awarded him the Meritorious Service Medal in Aug 2022. Justice Loh, age 71, was first appointed to the Bench as a Judicial Commissioner on 1 Sep 2009 and elevated to the post of a High Court Judge on 1 Jun 2010. Since his retirement at the age of 65 on 24 Dec 2015, he was reappointed on three occasions and his current term as Judge of the Appellate Division expires on 24 Dec 2022.

Justice Loh has been serving as President of the Singapore International Commercial Court since 25 Dec 2020. He has served as a parttime judge on the Supreme Court of Fiji since 14 Aug 2018. In addition to hearing cases, Justice Loh has also been conducting training for the Judges, Masters and Magistrates in Fiji on Construction Contracts and Hearings. His current term with the Supreme Court of Fiji will end on 24 Dec 2022 which is also the expiry date of his current term as a Judge of the Appellate Division. 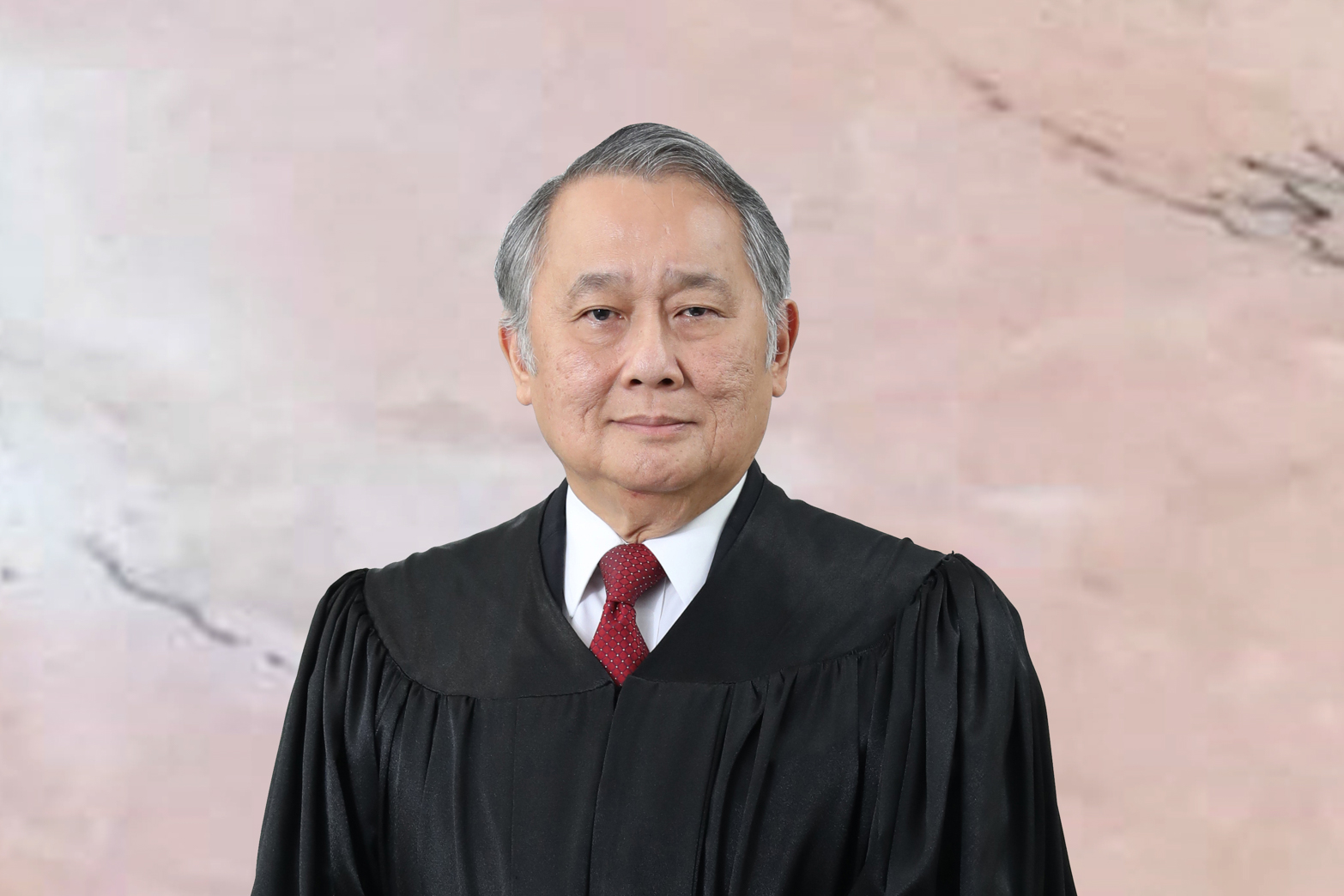 Justice Ang Cheng Hock was appointed Judicial Commissioner of the Supreme Court on 14 May 2018 and High Court Judge on 1 Aug 2019; he resigns the office of Judge with effect from 30 Sep 2022 to take on the appointment of Deputy Attorney-General with effect from 1 Oct 2022.

Before his appointment as a Judicial Commissioner, Justice Ang was a partner in Allen & Gledhill, and a member of its Litigation and Dispute Resolution department. His main areas of practice included civil and commercial litigation, international arbitration and corporate-related disputes such as shareholders’ disputes, breaches of directors’ duties, securities-related and banking litigation, defamation and professional liability. He had also represented clients in insolvency related litigation, shipping disputes and intellectual property disputes. He was appointed Senior Counsel in 2009.In addition to his judicial work, Justice Ang is also the Chair of the Singapore Academy of Law’s Professional Affairs and Membership Committee. 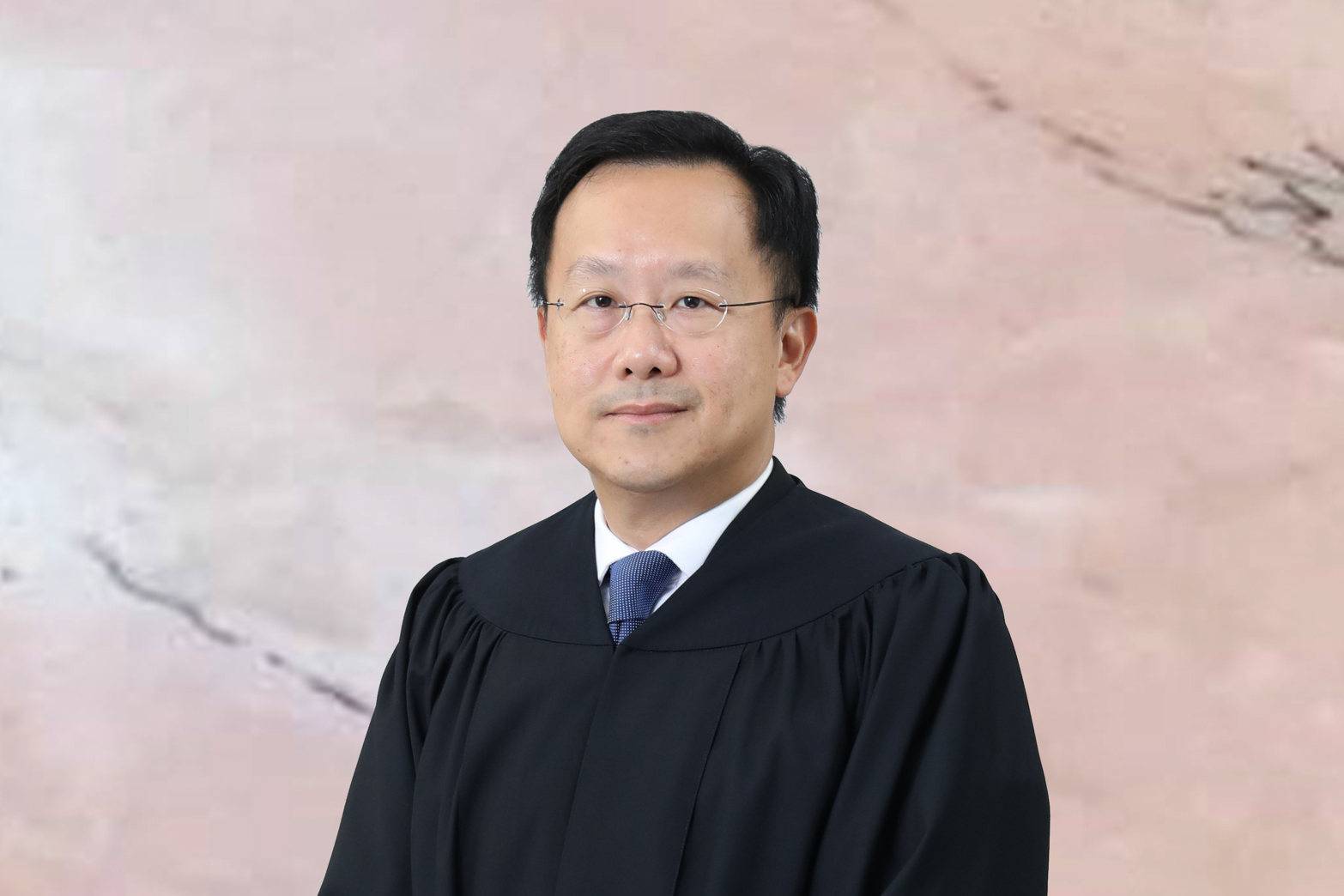 With the above, the Supreme Court will have a total of 27 Judges (including the Chief Justice and four Justices of the Court of Appeal), two Judicial Commissioners, five Senior Judges and 19 International Judges.